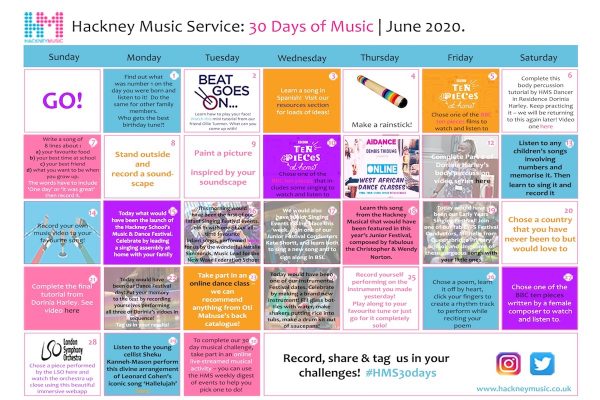 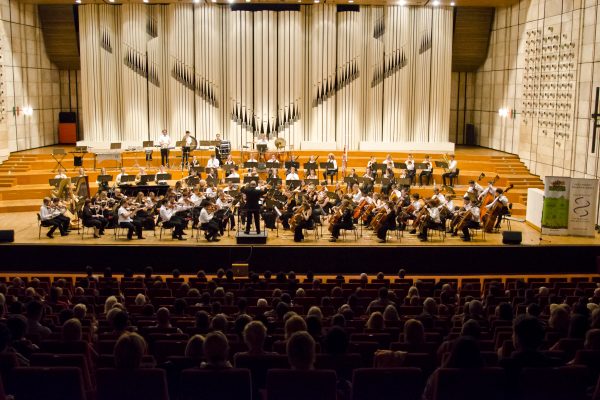 Join the LSSO – Auditions will be held from October 21st 2019

Hailed by Sir Simon Rattle as “an incomparable ambassador for the dynamism and excellence of British youth” the London Schools Symphony Orchestra (LSSO) has for over sixty years been celebrated as a potent symbol of the talents and achievements of London’s finest young musicians. Managed by London’s Centre for Young Musicians, a division of the Guildhall School, the orchestra aims to give its members a complete experience of the orchestral repertoire, from Bach through to Beethoven, Bartok and beyond.

Centre for Young Musicians (CYM) is a Hackney Music Network Partner. Enquires regarding this opportunity should be directed to CYM via the contact information above. 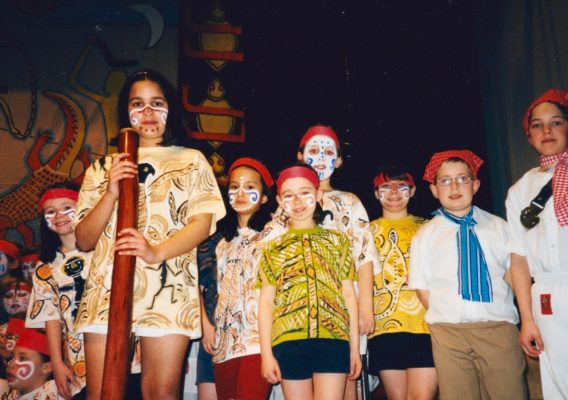 Invitation to all pupils aged 7-11 years in school groups to join in participatory concert with Royal Philharmonic Orchestra, conducted by Ben Glassberg.

A rare musical theatre experience with music written especially for performance by the professional orchestra, narrators and primary school children.

Children work with their teachers in school to learn the music then come along on concert day to perform from their audience seats with the musicians. Everyone in the concert hall takes part and we encourage everyone to come in simple costume.

Dreamtime Tales takes you back in time to 1768 to sail with Captain Cook as he discovers unknown Southern lands where the indigenous people tell their beguiling stories of how the spirits created the earth. Some of the tales are scary; some are amusing; all are fun to sing. The orchestra will be joined by the haunting sound of the didgeridoo…..

Concerts start with a rehearsal of all the audience songs and the conductor will introduce some of the key instruments of the orchestra and the sounds they make.

Tickets cost £5 each.  (Financial support is available for ‘pupil premium’ students and others who have difficulty paying for tickets.)

Classical Road Show provides all the learning materials for teachers to work with their students to learn the songs in school including music, learning CD and Australian project. Music is suitable for all musical abilities – some schools come with choirs, others with whole classes.

Bookings open now – teaching materials will be sent out at the end of Autumn term so that schools have plenty of time to learn the music from January 2019 onwards. 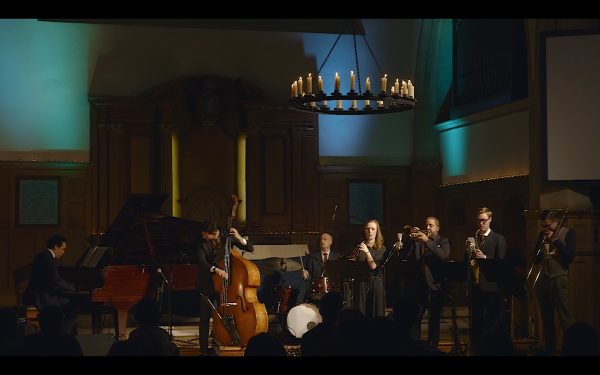 This mass participation performance piece will be composed and led by double bassist Ed Babar, and the Blues and Roots Ensemble. Amateur musicians of all ages (7 +) and abilities will are invited to apply to take part in this exciting new project.

Exploring ideas of collective improvisation, Blues and Roots Ensemble have created a new piece for musicians of all ages and abilities, based on the music of Charles Mingus, including swing, bebop and Latin American styles.

Participants will perform this new suite alongside the ensemble and will be given the opportunity to improvise in both solo and group settings. Through a series of workshops, ideas such as swing phrasing, rhythm section accompaniment and soloing will be explored, guided by specialist jazz educators from the band. These workshops will culminate in a live performance on Royal Festival Hall’s Clore Ballroom as part of the EFG London Jazz Festival 2018.

We are delighted to host this participatory music-making performance, and to do so we are looking for enthusiastic amateur musicians of all ages and abilities to apply to take part! Why not encourage the whole family to apply and join in together?

We look forward to welcoming you!

Blues and Roots Ensemble is a band of 7 diverse performers hailing from countries as far afield as Sicily, South Africa, India and Cuba. Led by double bassist Ed Babar, the group aims to share the stunning music of Charles Mingus through live performances and education/outreach work. Having launched in January 2017 the band has quickly grown a reputation for its raucous and energetic performances, and creative interpretations of classic Mingus compositions, selling out venues such as The Jazz Cafe, The Vortex, The Crypt and The Elgar Room in the Royal Albert Hall.

Through its education work the band has spread this unique music to thousands of pupils nationwide, receiving grants for schools’ projects through Arts Council England and Cambridgeshire Music Service as well as workshops through Cambridge Jazz Festival.

Taking place at the Hackney Empire, this concert celebrates the achievements of some of the most gifted and talented musical pupils and students in our schools and community. It features a diverse range of ensembles including, bands, choirs, soloists and school groups, as well as our jazz ensemble, combined borough orchestras, dancers and drummers. Over 350 young people from Hackney’s primary, secondary and special schools will take to the stage, all of whom have excelled in music in their respective schools and borough-wide ensembles.

The Music Gala incorporates the Mayor’s Music Awards for the fifth year. The MMA is a fund, established by the Mayor of Hackney, to help and support aspiring young musicians to develop their musical skills and to recognise the quality of the music education offer in Hackney’s schools. There are three categories: Pupil Award for Musical Achievement; Instrument Fund for Ensemble Development; and an award for Excellence in Music Education Practice. 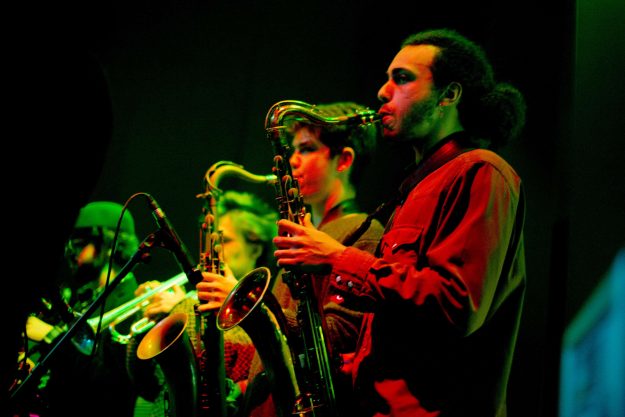 Barbican Guildhall Creative Learning has a number of fantastic opportunities for young people coming up this academic year. See below for more information.

If you play trumpet, trombone, saxophone (soprano, tenor, alto, baritone), drums, piano, double bass or guitar and are inspired by Duke Ellington, Count Basie, Billie Holiday and other sultans of Swing this is your opportunity to work with musicians from London and New York, develop your big band playing skills and perform at the Barbican Centre.

The Young Songwriters is a programme that will get your melodies and lyrics out of the bedroom and in front of professional musicians who will help you craft and shape your work by exploring new sounds, instruments, genres and approaches to writing music. We’d love to work with you whatever you put together, be it Grime, EDM, Jazz, Folk, Classical or something completely different.

The Barbican Box is a portable box filled with the ingredients for making and creating original theatre, visual art or music inspired by our world class arts programme. Curated and designed by composer and musician Max Richter, this year’s Barbican Box Music will contain an array of inspiration for teachers to create new music with their secondary school students. Teachers will benefit from world class training days exploring new ways of composing in the class room. All participants will get to perform at the Barbican with Max and will receive free tickets to a Barbican Contemporary Music Concert.

All deadlines on Sunday 1st October

Barbican Guildhall Creative Learning is a member and a partner of the Hackney Music Network. All enquires about the above opportunities should be sent to them directly.